The spoiling attack — a surprise thrust into the enemy attack preparations—is a very effective, though rare, operation. Its purpose is to disorganize the enemy’s assembly and thereby delay and weaken his offensive or to force him to launch his attack at a less vulnerable point.

Such an attack from the defensive can be undertaken only under certain conditions. The enemy assembly area must be easily accessible to a surprise thrust, and the defender must have strong armored reserves on hand. The terrain and road net must facilitate quick maneuver under cover of darkness. All attack plans must be concealed from the enemy, or he must be deceived with regard to the realintentions. For this reason, it is imperative that one act without delay.

Frontal thrusts into enemy attack preparations can be employed only in minor operations. Their success depends on achieving complete surprise as, for instance, during night raids. 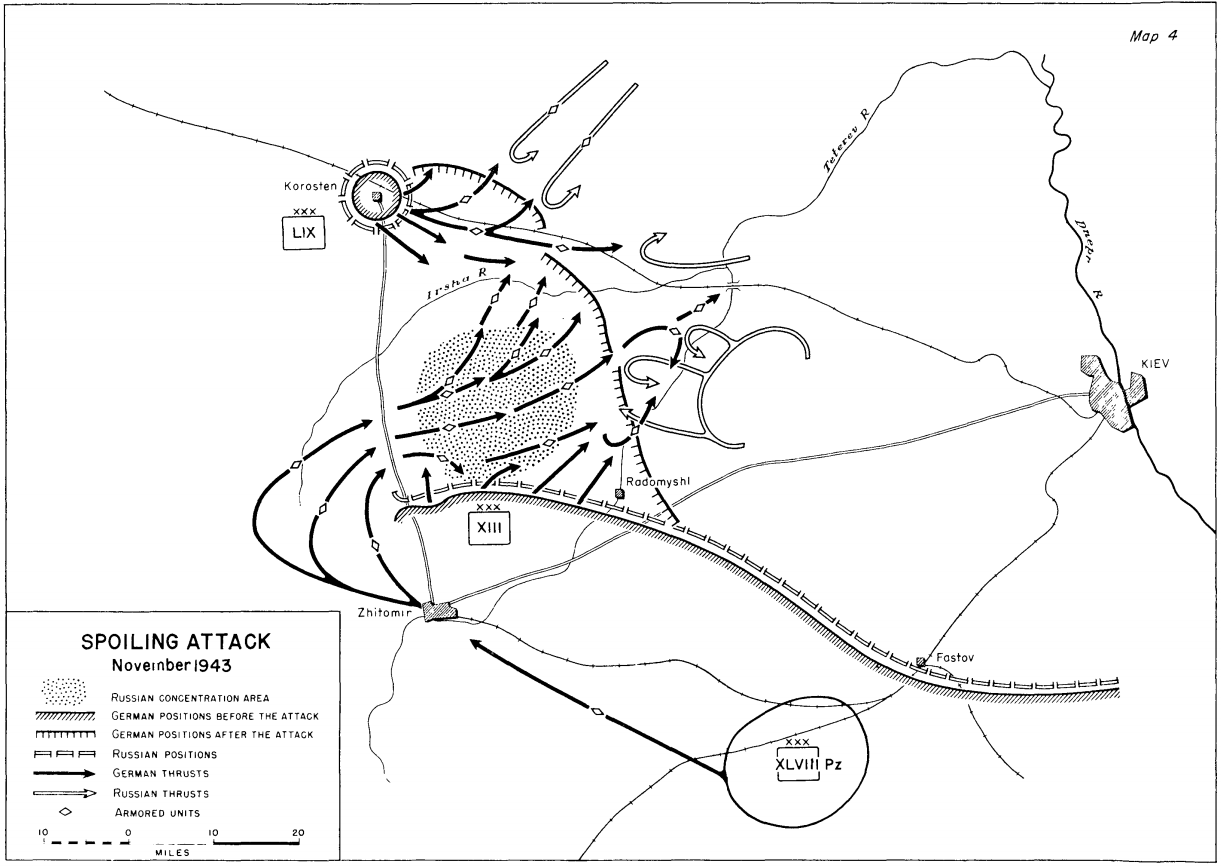